Halloween will be here in three days and halloween candy will be closing in on many teeth!   Below are a couple articles ("This Halloween Don't Play Tricks on Your Teeth" and "Survey: Kids’ Perceptions of Halloween Include 'Too Much Candy' and Desire for Other Types of Treats") that I found interesting, shared from the American Dental Association (ADA)'s website with useful information for both children and adults who enjoy Halloween.

This Halloween Don’t Play Tricks on Your Teeth

CHICAGO, Oct. 11, 2010—This Halloween and throughout the year, the American Dental Association (ADA) advises not to play decay-causing tricks on your teeth and offers advice on treats and vampire fangs.

Too many Halloween sweets

"Over time, if you don't properly clean your teeth, the results might be tooth decay, gum disease and possible tooth loss," states Dr. Ruchi Sahota, ADA consumer advisor and a practicing dentist from Fremont, Calif.  Plaque is a sticky film of bacteria that constantly forms on the teeth and gums," she explains. "When these bacteria come in contact with sugar or starch in the mouth, they produce acid that attacks the teeth for 20 minutes or more. Repeated acid attacks can cause tooth enamel to breakdown, eventually resulting in tooth decay."

One way to deal with this problem is to eat sweets with meals rather than as snacks, and avoid between-meal snacks when possible. Saliva production increases during a meal, helping to rinse food particles from the mouth and neutralize plaque acid.

Besides how often you snack, the length of time food is in your mouth plays a role in tooth decay.

"Sticky candies like gummies and taffy adhere to your teeth longer than something like chocolate, which easily washes away with saliva or rinsing. Hard sugary candies are held in the mouth longer, giving bacteria in the mouth more time to create acid that weakens tooth enamel," says Dr. Sahota.

Some research suggests that certain foods, such as cheese and peanuts may be 'friendly' to teeth.  So if you do snack, choose snacks that are healthy like fruit, nuts or cheese.  Chewing sugarless gum for 20 minutes after meals has been shown to reduce tooth decay, because increased saliva flow helps wash out food and neutralize the acid produced by dental plaque bacteria.

The popularity of television shows, movies and books featuring vampires has led some people to actually file their teeth to points, making them look like vampire fangs.

"We strongly caution people against altering their teeth because of a fad.   Filing teeth weakens tooth structure and, if the person later changes his mind, restoring teeth to their natural shape can be costly," explains Dr. Matthew Messina, a Cleveland-area dentist and ADA consumer advisor.

Dr. Messina advises that if you plan to purchase and wear commercially available vampire-looking mouthpieces, wearing them for an extended amount of time may irritate gums.  Food and other debris also may become trapped under the mouthpiece, leading to plaque build-up that can cause cavities and gum inflammation. These bacteria also may contribute to bad breath.

"Wearing a mouthpiece for a short period of time for a costume party is fine," adds Dr. Messina.  "Just be sure to brush your teeth after wearing the mouthpiece to reduce mouth bacteria.

Survey: Kids’ Perceptions of Halloween Include "Too Much Candy" and Desire for Other Types of Treats

New York, October 24, 2012— The American Dental Association (ADA) and PopCap Games today announced the results of a new survey targeting trick-or-treating children (ages 5 to 13) in the U.S., looking at kids’ views and perceptions of Halloween. Approximately 94% of all American children participate in trick-or-treating, and 65% of them consider Halloween the best holiday of the year. At the same time, the survey found that a significant majority of kids are primed for changes to the holiday. Among the top findings, two-thirds of kids surveyed agree that they eat too much candy around Halloween, 89% say they would still like the holiday if it was less about candy and more about other types of fun, and fully 93% would prefer to receive a video game instead of candy while trick-or-treating.

"Children themselves are asking us as adults to help curb sugary snacks," said Dr. Jonathan Shenkin, ADA spokesperson on pediatric dentistry. "The Stop Zombie Mouth campaign is an excellent way to bring together an alternative treat for Halloween with an opportunity to increase awareness among parents and children about the benefits that practicing good oral hygiene can have on overall health. Learning and practicing good oral hygiene habits now will pay dividends later in life."

Following are highlights from the survey, conducted by Information Solutions Group and involving more than 750 children ages 5 to 13 throughout America; full survey results can be found here: ADA/PopCap Halloween Consumer Children's Study

For two thirds (65%) of U.S. children, Halloween is considered the best holiday of the year. Among all children surveyed, the three most-liked Halloween activities are "Trick-or-treating" (75%), "Dressing up in a costume" (71%), and "Getting lots of candy" (66%).

Kids: Halloween Could Be About Other Types of Fun

89% of responding children indicated that they would still like Halloween if it was less about candy and more about other types of fun. Further, 93% of all kids surveyed stated they would rather receive a free video game than a piece of candy while trick-or-treating. 42% of children surveyed said they worry about getting cavities from eating too much candy around Halloween.

Announced earlier this month, the “Stop Zombie Mouth” campaign will continue through Halloween, and provides parents, dentists and other adults with trading cards and coupons redeemable for entirely free copies of PopCap’s family friendly hit video game, Plants vs. Zombies, which can be given away to trick-or-treaters as a tooth-friendly alternative to candy. Already, thousands of ADA member dentists nationwide have ordered Stop Zombie Mouth kits to outfit their offices with the campaign theme and provide free collectible Plants vs. Zombies trading cards and game coupons to their patients. 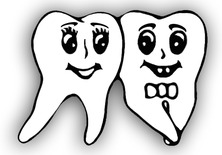 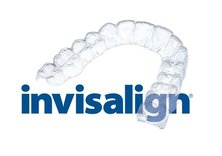